We have all the fixins to make this week extra tasty… Latin Fixin’s that is! We met up with Alex Del Corral and Kiara Marcano, the proud owners of Latin Fixin’s to hear more about their successful food truck business. Alex and Kiara are serving up the Miami area with some seriously exquisite American foods with a Peruvian twist. Latin Fixin’s has perfected the art of fusing flavors from two different cultures into one delicious and cohesive concept. You must check them out next time you are in the area!

Alex and Kiara live and breathe the hospitality industry. Each have 20+ years of experience within the restaurant and event-planning world and have applied their knowledge in to making their own business and dreams into a reality. Before Latin Fixin’s came to be, Alex was working for a big restaurant chain in Miami when sudden layoffs took place and rocked their world. However, as a result they decided to overcome this challenge and open their very own cafeteria in the Downtown Miami area, Café Del Teatro. In 2010, Alex and Kiara decided to expand and opened their very own restaurant just around the corner from their café. They were quickly reminded of the grueling hours, hectic schedules (Monday through Monday) and the intense labor that comes along with owning restaurants. After several years, Alex and Kiara decided they wanted to enjoy more family time and sold their restaurants to expand their family.

The next phase of their story is quite exciting; Alex and Kiara were able to go back to basics, if you will. Once they decided the time was right, they began expanding the catering portion of their business. Kiara was a wedding planner when she graduated from college and decided to incorporate her experience in event planning to their catering business, which provided their clients with a one stop shop for planning their next events. Kiara would invest so much time and effort with every event they worked because she wanted to provide the service she would want to receive. This endeavor quickly proved to be much more lucrative than their restaurant businesses! Alex and Kiara have been able to cater for some big companies with offices here in South Florida. Doing so, they saw the need for a mobile Kitchen. Therefore Latin Fixin’s was born!

When Latin Fixin’s officially opened about four years ago, Alex and Kiara worked hard to create a menu that was true to their heritage with a twist. Alex is Peruvian and he grew cooking and eating the items they offer on their menu. The dishes served here are predominantly Peruvian, but they have infused some traditional American items everyone knows and loves. One example is their fire balls. At Latin Fixin’s they’ve taken classic macaroni and cheese and rolled it up in a ball, fried to perfection and topped it with their sensational Huancaina sauce (a delicious cheesy sauce made with traditional Peruvian yellow peppers). They have a set menu of six carefully crafted delicious dishes. We got you covered with Kiara’s favorites for the next time you visit Latin Fixin’s. Kiara definitely recommends ordering their savory chicken tacos, pollo saltado or their lomo burger. When we visited Latin Fixin’s we had to try their pork sandwich which consisted of tender pork that was perfectly seasoned and roasted for six hours, it was placed within a warm brioche bun, topped with crunchy potato sticks and drizzled with their out of this world Peruvian cebollita criolla sauce.

Latin Fixin’s is a family owned and operated business; that is something Alex and Kiara are very proud of. They have been able to open two food trucks to serve more of the Miami area and have their close family friend, Gio Arango, running their second truck. Although he may not be technically family, Gio has become family through the many years of friendship with Alex and Kiara. In the future, they plan to continue to grow and possibly open more food trucks, expand further in the catering world and may possibly create another twist of Latin Fixin’s. All we have to say is that the future is bright for Kiara, Alex and their hardworking team. We want to thank Alex and Kiara for taking the time to sit with us and share their inspiring story. This is without a doubt Food Truck Guys approved! 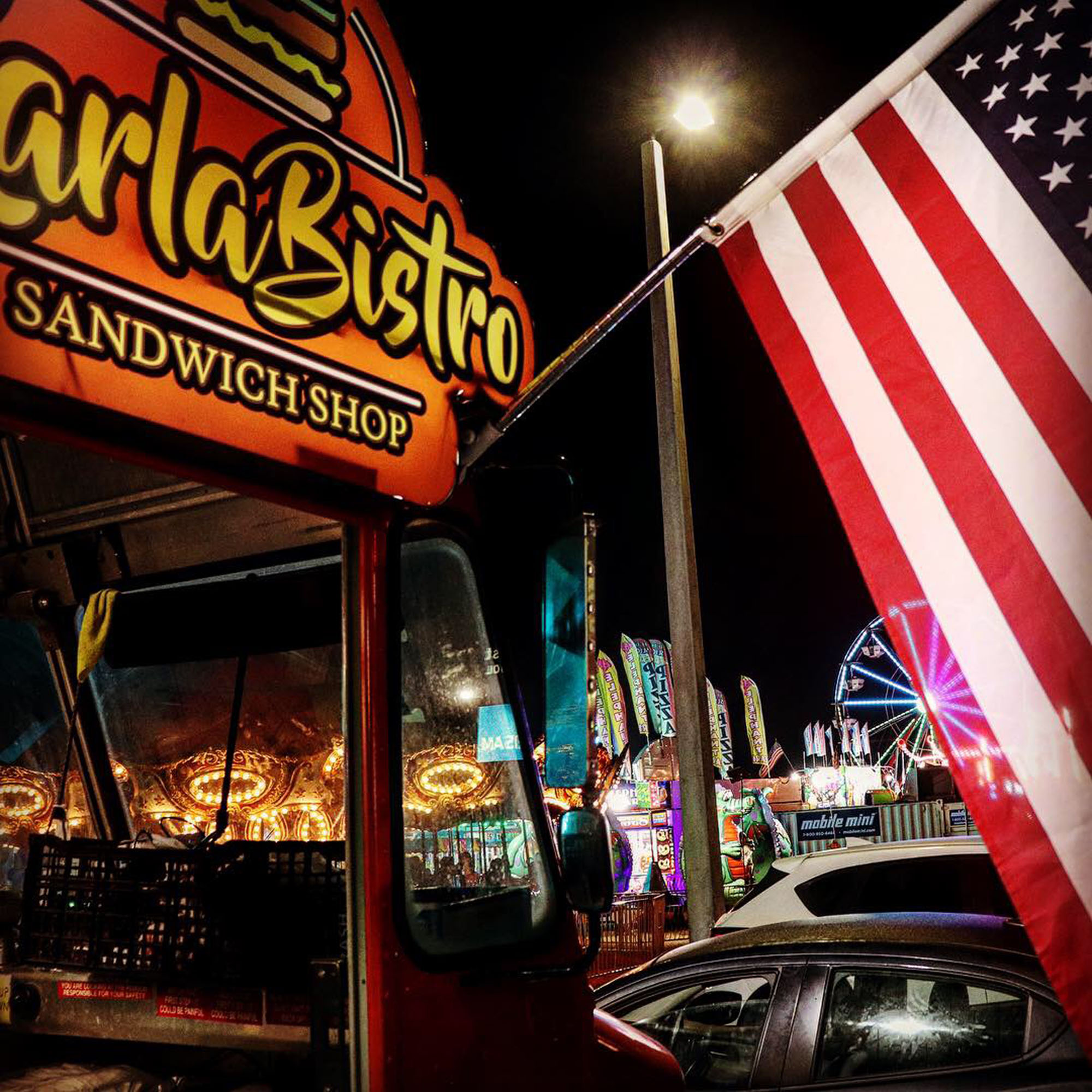 Talk about living the American dream! Oscar Romero is showing us how it is done every day at Karla Bistro! This is not your typical sandwich food truck spot, we must say. He and his wife are the perfect team working together every day bringing delicious sandwiches to the West Kendall area. This sandwich shop is taking ordinary sandwiches and completely transforming them into sensational dished using some Venezuelan flavors. 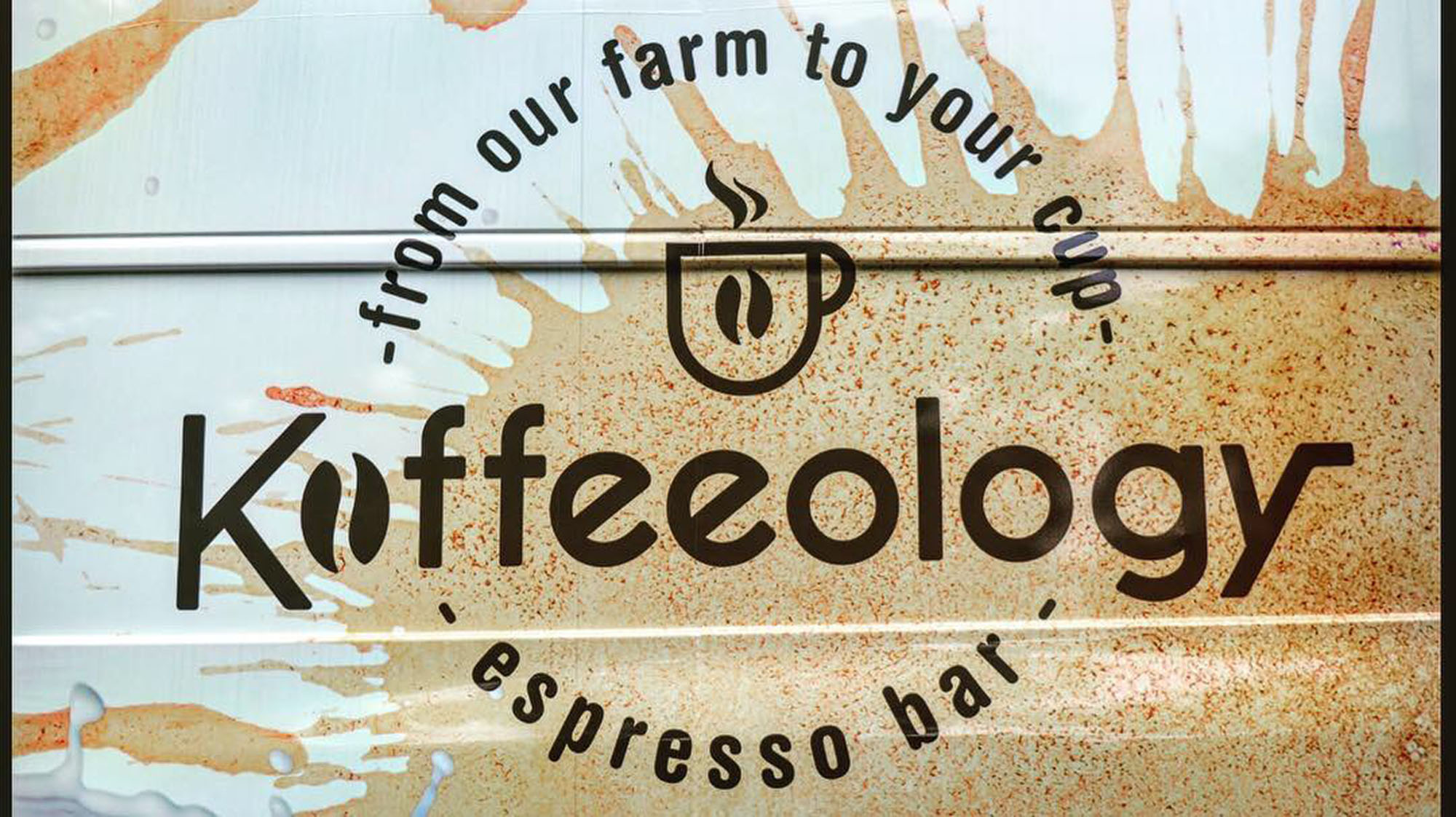 Espresso yourself! Do you ever look at coffee as just a mere tool to get through your mornings? Well, think again… We got the chance to meet up with the guys from Koffeeology and got to really know the process behind brewing the perfect cup of Joe. Carlos Zapata and his crew are bring their amazing coffee from their farm in Colombia to the streets of Miami. And, we couldn’t be happier! 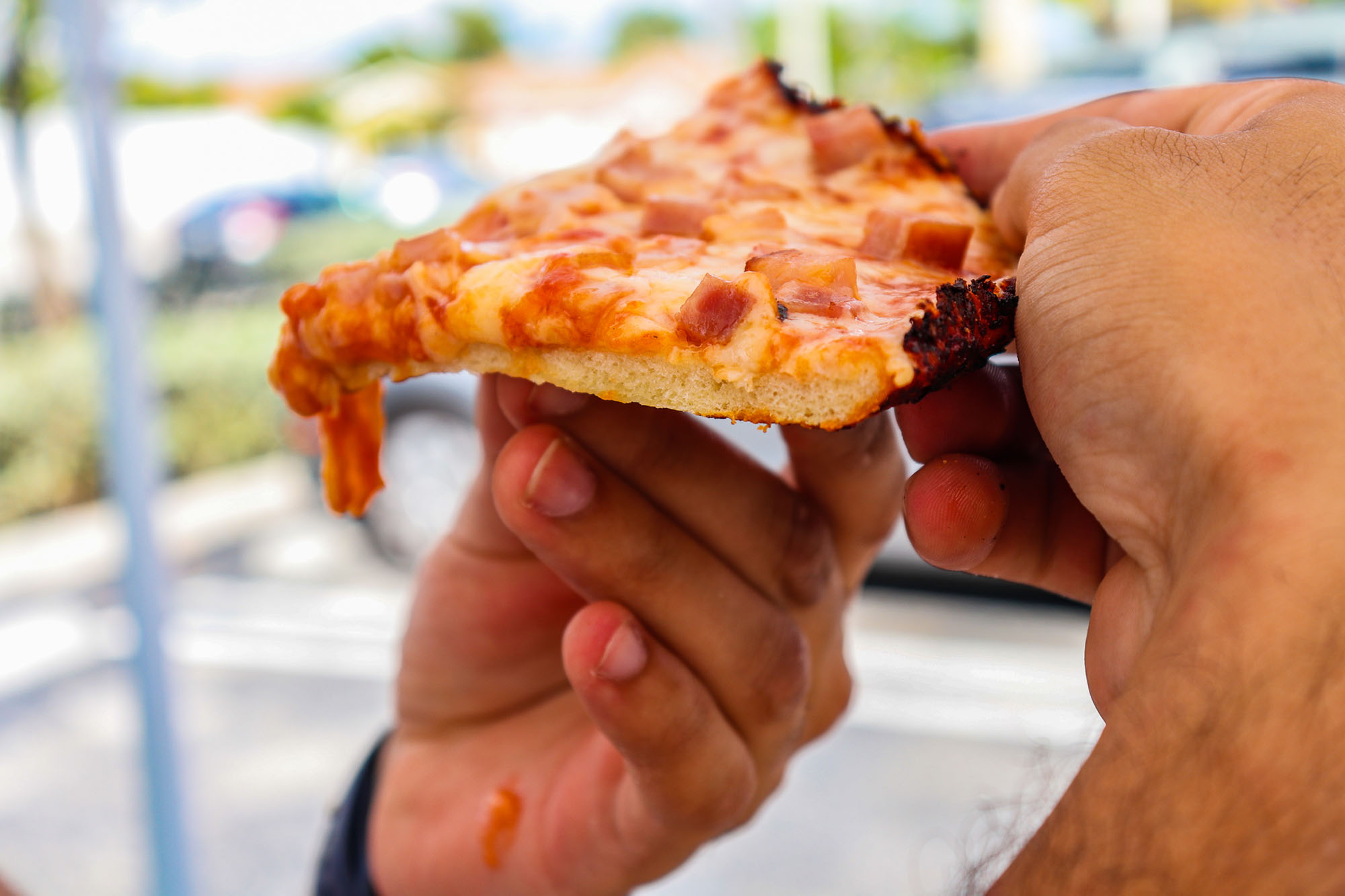 Where can you go in Miami for a pizza made with Cuban flair? Alo Cuban Way! This week we met up with Carlos Alberto Triana Martinez, the proud owner of Alo Cuban Way food truck to hear more about his story and his unique take on some classic dishes. It’s a Cuban thing. 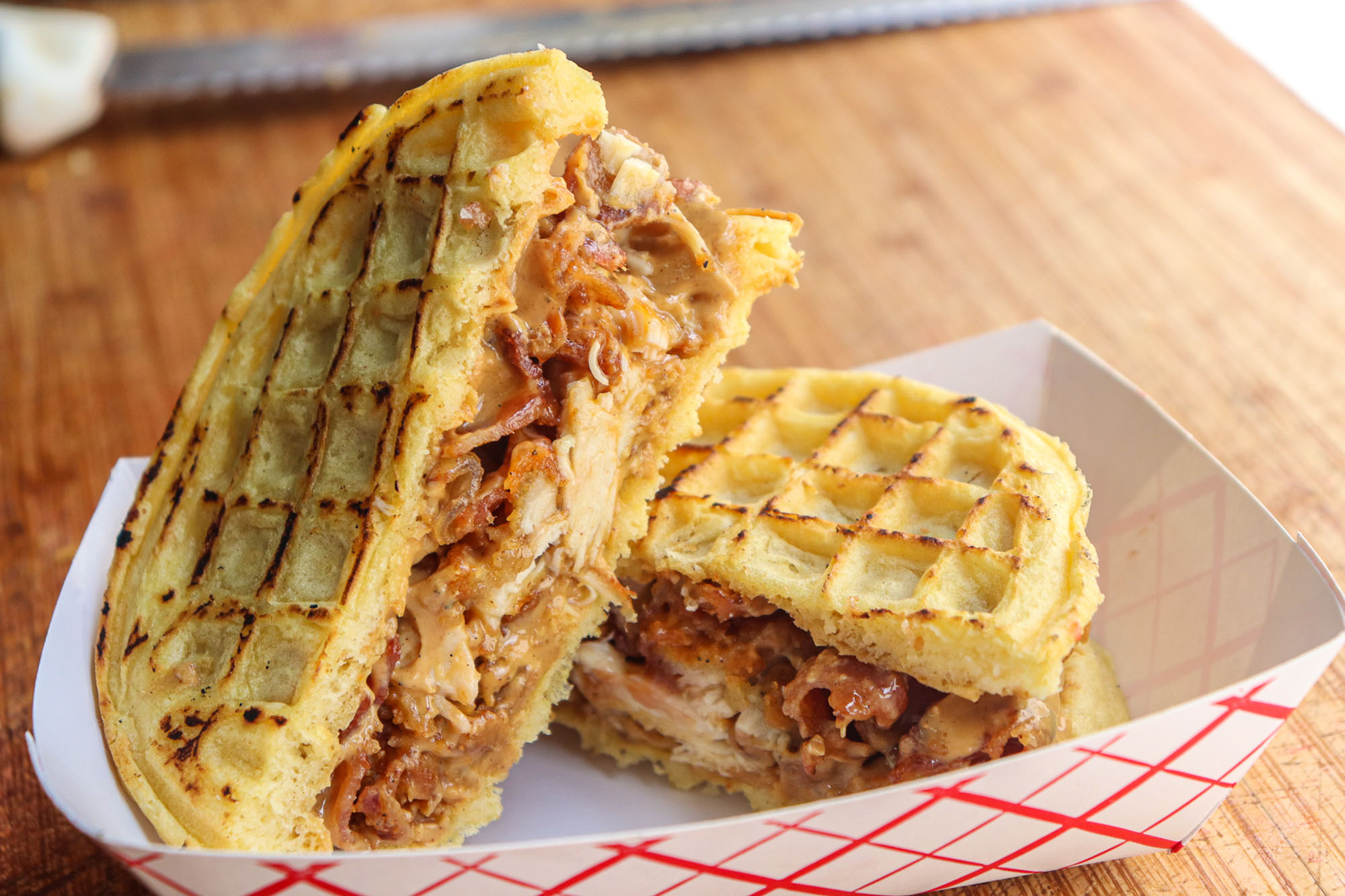 This week, we are highlighting a unique food truck that hits close to home. I think we all ate our fair shares of peanut butter and jelly sandwiches growing up, I know I did! Mr. PB&J is taking this classic sandwich and bringing it to a whole other culinary level. Alex Valle is the proud owner of this beloved food truck and he’s bringing his PB&J sandwiches and so much more to all parts of Miami Dade and Broward. Say it with me! It’s peanut butter jelly time! 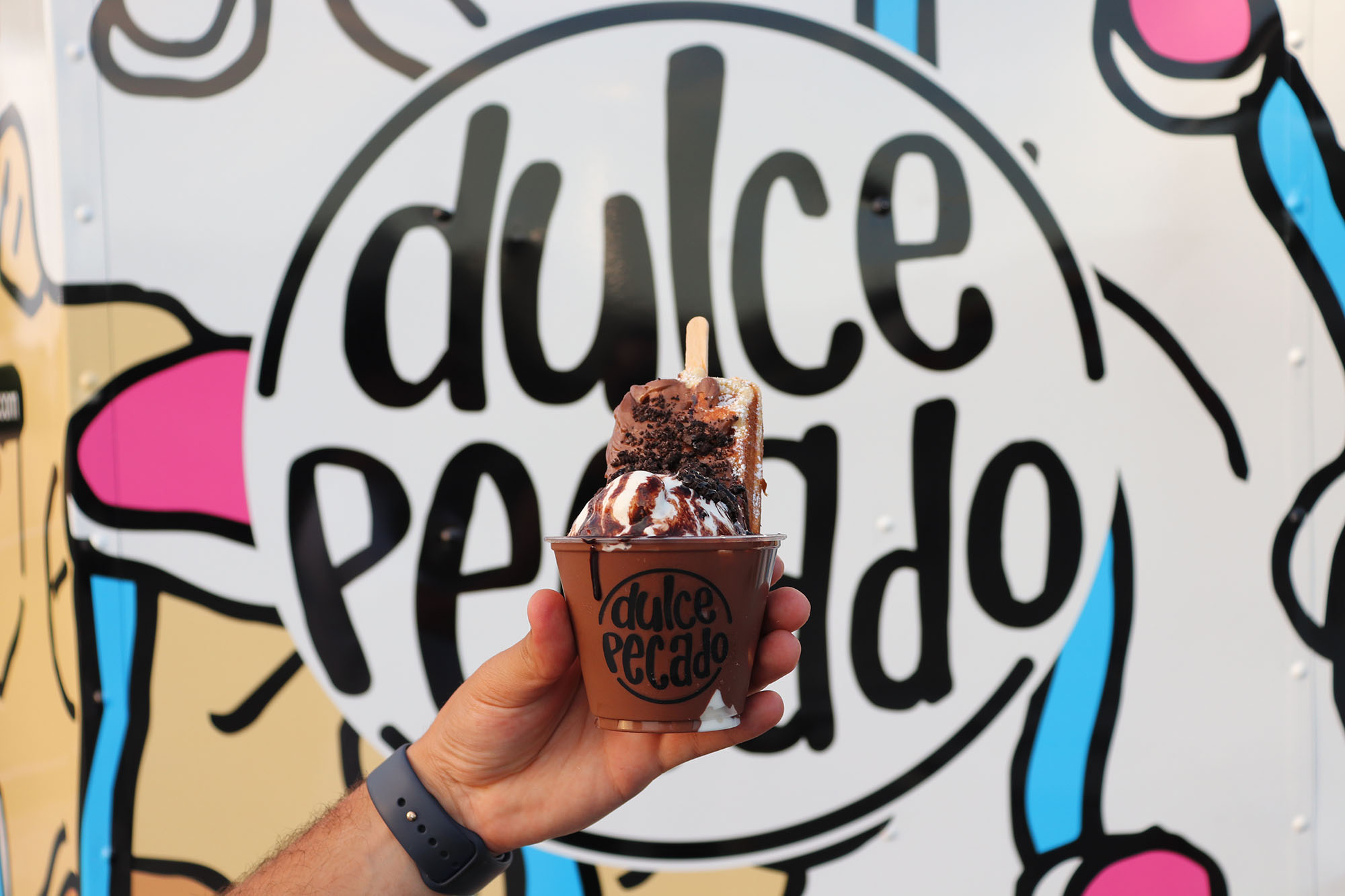 This week our blog is all about a food truck catering to your utmost sweetest sins - Dulce Pecado. Walter Rouff is the proud owner of Dulce Pecado. Being from Venezuela, he wanted to incorporate their culture into their food truck. Their food truck's name is a Spanish play on words about desserts (which we can all agree are sinful) which literally translates to "sweet sin". He's serving up his own take of a waffle dessert to his customers all over South Florida! 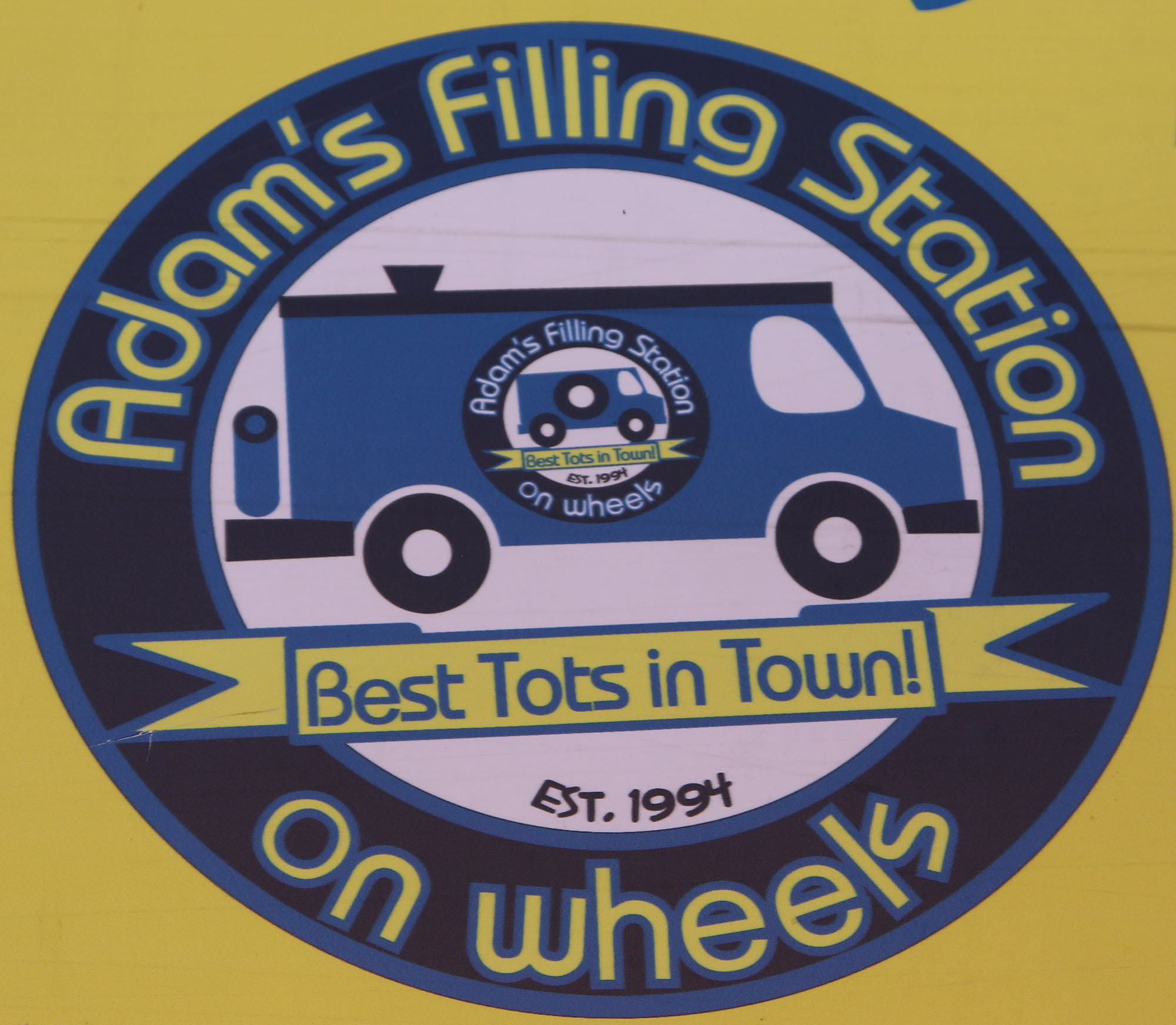 Boy do we have a treat for you today! What do you get when you mix a cook with an incredible imagination? Adam Feigeles. Adam owns one of the best food trucks here in Miami, Adam’s Filling Station. We had the opportunity to stop by Adam’s food truck to try some of his best dishes and let’s just say we were very impressed. From working in the restaurant industry to owning his own restaurant and now owning his very own food truck, Adam has pretty much done it all.

Talk about living the American dream! Oscar Romero is showing us how it is done every day at Karla Bistro! This is not your typical sandwich food truck spot, we must say. He and his wife are the perfect team working together every day bringing delicious sandwiches to the West Kendall area. This sandwich shop is taking ordinary sandwiches and completely transforming them into sensational dished using some Venezuelan flavors. 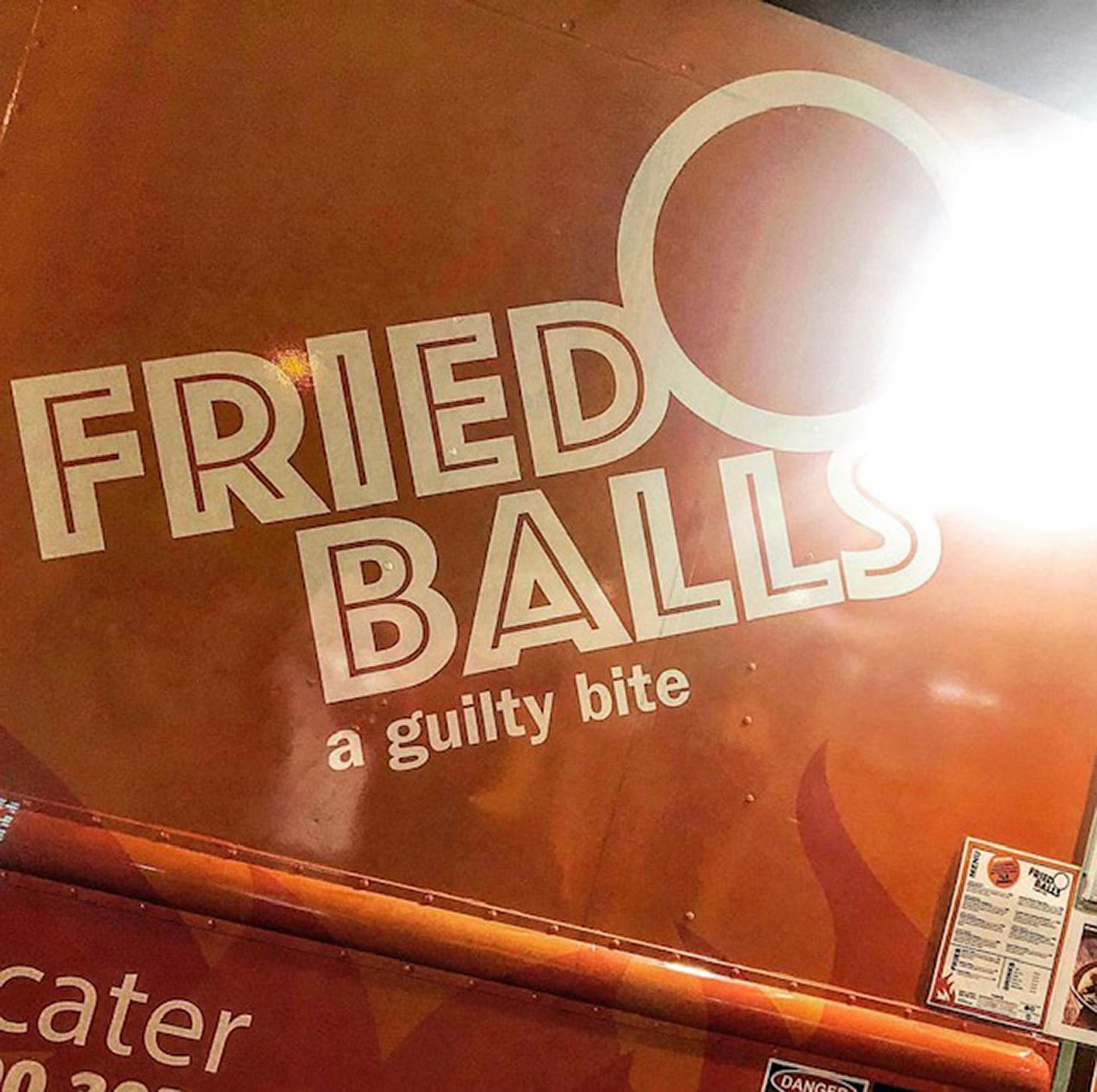 Great balls of fire! Is all you’ll be saying after eating at Fried Balls. Anthony Proenza is the famous man behind the Fried Balls food truck. After 31 years of service within the printing industry, he decided to open his very own food truck here in Miami, Florida. You can find Anthony serving up some pretty interesting dishes all of which are pescatarian with vegan options. Anthony’s fried balls are proving to be quite the hit amongst the food truck nation. 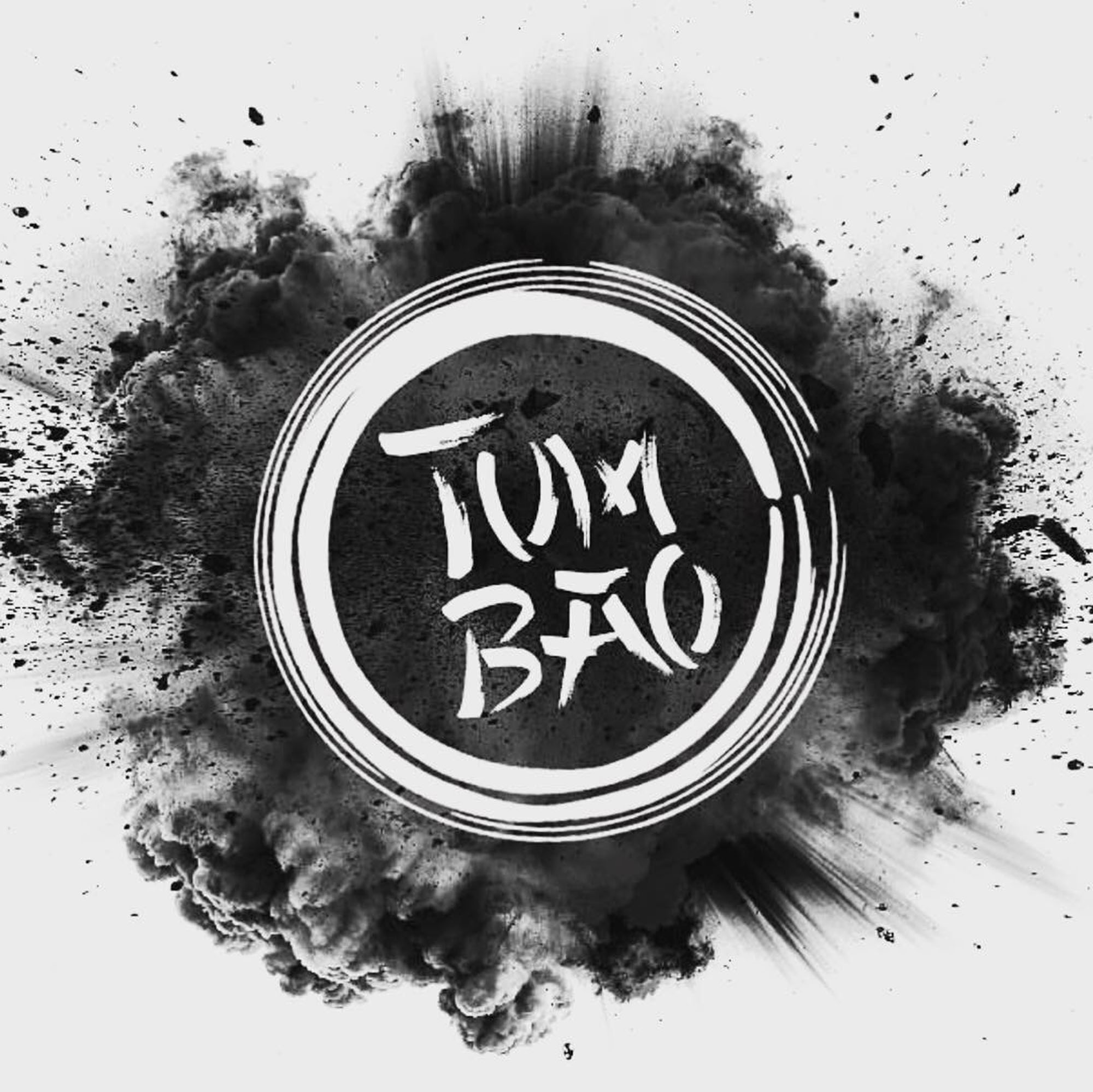 Bao down to Tumbao Buns! It’s safe to say this food truck is like no other in the Miami area; Tumbao Buns is serving up some seriously tasty dishes with Latin and Asian flavors. Oscar Flores and his team worked tirelessly to bring Tumbao Buns to life. After several years of working within the restaurant industry, Oscar decided it was time to do something different and bring something different, not commonly found among food trucks. He’s dedicated to having his customers enjoy the experience they have when they choose Tumbao Buns. 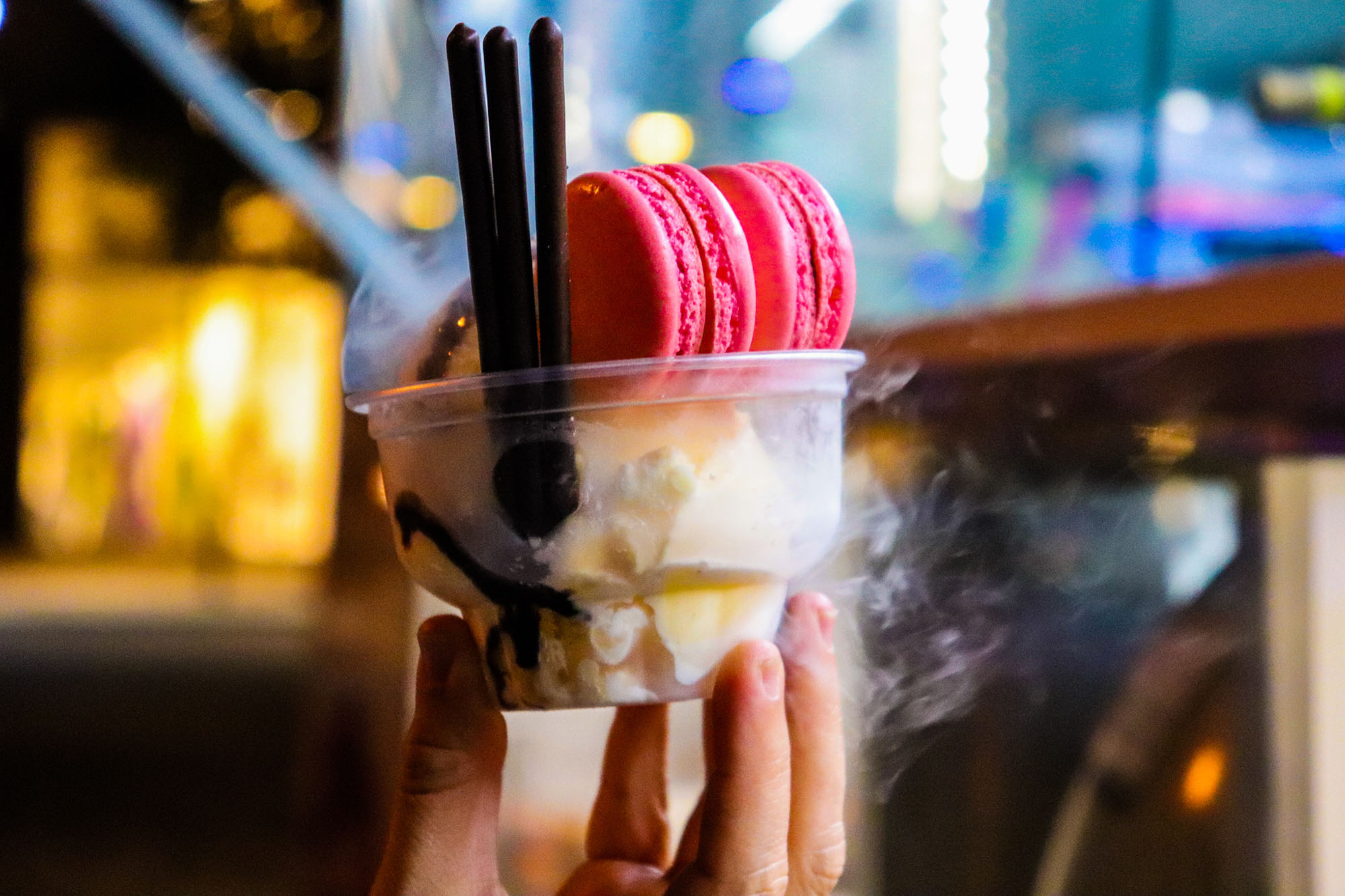 Get ready because we have a new and spellbindingly sweet food truck to talk about this week! Oscar Flores, the owner of Tumbao Buns, has officially opened his very own dessert food truck, Sweet Dreams Nitrogen Bar. This is the place to go to have your sweet dreams made into a reality! Oscar and his cousin are serving up some of the most decadent pastries, delicious shakes and soft nitrogen ice cream in the Miami area! Next time you have a sweet tooth, head on over to Sweet Dreams.